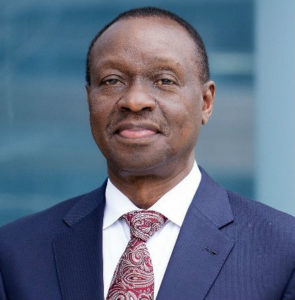 Today marks yet another important milestone in the roadmap of ITSO’s contribution towards achieving the objectives of the global ICT development agenda. Mr. Patrick Masambu, a citizen of Uganda, assumes the post of Director General of ITSO for four years, through July 2021.

Mr. Masambu was elected as the Director General of the International Telecommunications Satellite Organization (ITSO) at the organization’s Assembly of Parties meeting held in Washington, D.C in October 2016.

Up to the time of assuming his new appointment that took effect on 18th July, 2017, Mr. Masambu served as the Deputy Director General and Director of Technical Affairs at ITSO Headquarters in Washington, D.C for a period of 7 years. In these roles, he made significant contributions to top level decision making in ITSO as well as related key satellite industry initiatives.

The International Telecommunications Satellite Organization (ITSO) is an intergovernmental organization based in Washington, DC, with 149 member nations. ITSO’s role is to ensure that Intelsat, S.A. provides public telecommunications services, including voice, data and video, on a
global and non-discriminatory basis. Previously known as “INTELSAT”, the organization was established in 1973 and restructured in 2001, resulting in the creation of a private entity, Intelsat, Ltd (Now called Intelsat S.A.).

ITSO’S DIRECTOR GENERAL INVITED TO BE A COMMISSIONER OF THE BROADBAND COMMISSION...
Scroll to top