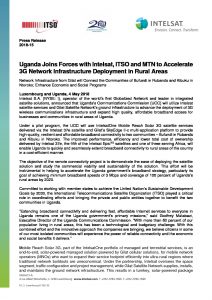 The TWENTY-FIRST meeting of the ITSO Advisory Committee (IAC-21)